Those who served in World War I: From the Jones-Sexton Family Tree (Part 1)

I decided long ago to publish in 2015 what I have discovered about the World War I veterans in my family trees.  Slowly I have worked towards this objective over the past couple of years and now suddenly time is upon me.  There were many more to find than I ever anticipated and I am sure I have not found them all.

As a child I knew that a few of my family were involved in World War I and of course, due to Anzac Day observances, knew something of Gallipoli and the Western Front.  My interest then, being an aviation buff, was primarily about the Second World War and I read copiously everything I could my hands on, not to mention Commando and War comics.  I also worked for time, as a teenager, on the farm of Brigadier Arnold Potts where both wars were often the subject of dinner conversation.

Generally I have not gone further than the second cousin relationship but there are some, those on the twigs of the trees, I have included simply because I found the story or connection interesting in the family history research sense.  Some of the discoveries have caused me to be side tracked – like an Australian born relative serving in the German Army in World War I – see Delving into Diversions and Deviations. 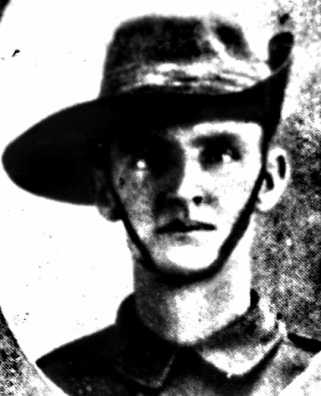 Born in Cooktown, Queensland, on 15 October 1890, John (“Jack”) was the son of Matthew Carroll and Bridget Hoban.  At the time of his enlistment 24 September 1914, Jack was working as a Railway Porter in Townsville.

Three quarters of the 15th were Queenslanders and the balance from Tasmania; the two groups were united for training in Victoria.  Prior to travelling to Egypt via Albany, Western Australia, John had one brush with military disciple – he was ‘admonished’ for breaking camp at Broadmeadows being absent without leave from Tattoo 28 November to Reveille 29 November.

Together with the 13th, 14th and 16th Battalions, the 15th formed part of the 4th Brigade under the command of Colonel John Monash.  John embarked from Melbourne 22 December 1914 aboard A40 HMAT Ceramic.  On arrival in Egypt, the 4th Brigade became part of the Australian and New Zealand Division part of which then landed at Gallipoli on the afternoon of 25 April 1915.  John departed Alexandria on the Commodore on 20 May and joined the Battalion at Gallipoli on 31 May 1915.  From May to August, the 15th was involved in the establishment and defence of the beach head at Gallipoli.

At around this time, John’s father Matthew died; the exact date is not known and it took at least several days for his body to be returned to Cooktown for burial on 10 June 1915 – this is the stuff for a future Blog story.  Matthew and Bridget had twelve children of whom only five survived infancy.

The 4th Brigade, including the 15th battalion, advanced on Koja Chemen Tepe (also spelt as ‘Kocacimentepe’) or Hill 971 on the night of 6 August 1915 but made slow progress due to the difficult terrain.  A renewed assault on 8 August proved a costly failure.  In the words of the War Unit Diary:

Opposing this advance there were 8 enemy machine guns in action on our left flank.

The enemy having counter attacked in strength on our left front and left flank and our line being very thinly held began to gradually fall back. One of my officers got into touch with Lt. Colonel Pope O.C. 16th Battalion and on reference to Brigadier General of 4th Brigade a general retirement of the Brigade was ordered.

The retirement was most successfully carried out, Capt. Rose Bde Machine Gun Officer was in charge of Rear Guard and had under him the Machine Gun Secti0ns of the Brigade and an escort of 50 men of various Battalions.  From the point where the rear guard action commenced all wounded men rifles and munitions were carried back to our lines the offensive against our retirement resulted in heavy casualties to him, due mainly to [?] targets and the excellent handling of the Machine Gun Sections.

15th Battalion Casualties in this operation were:

The action is also described on the DVA website Gallipoli ad the Anzacs:

A Turkish attack, which then threatened the whole left flank of the 4th Brigade, was held off by half of the 16th Battalion. Meanwhile, more Turkish units began to appear and the position of the 14th and 15th Battalions looked increasingly hopeless. At 7.00 am Monash was told that the three battalions had suffered heavy casualties and that there was no hope of an attack on Kocacimentepe. Indeed, the 15th Battalion, which on 6 August had left North Beach 850 strong, had been reduced to 280 men. Fortunately for the Australians in their exposed positions, the machine gun sections of the 4th Brigade now appeared and covered the retreat. Thus ended the 4th Brigade’s attempt to capture Kocacimentepe, the highest vantage point of the Sari Bair Range.

John Thomas Carroll was initially posted as missing on 8 August 1915 but a Court of Inquiry on 6 April 1916 determined that he had been killed in action.  The Cairns Post reported 18 September 1915 that Bridget had been informed that John was missing but it wasn’t until 5 July 1916 that John’s remaining possessions – a packet containing a writing pad, cigarette case, 2 pencils and a French Grammar – were despatched to Bridget.  John’s body was never recovered – about which Bridget was formally advised in 1921 – and he is memorialised at the Lone Pine Memorial, Gallipoli. 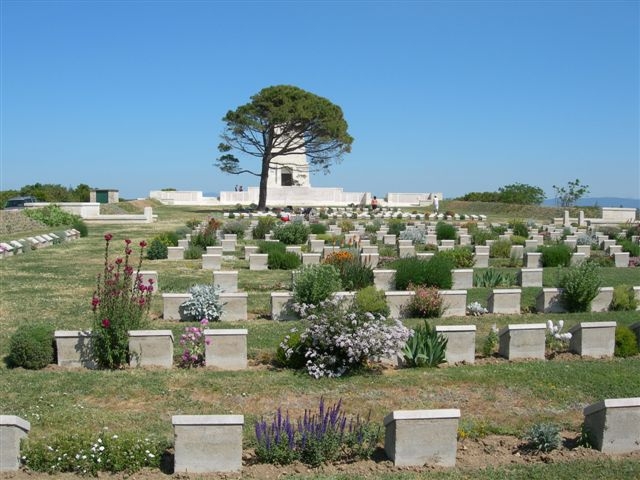 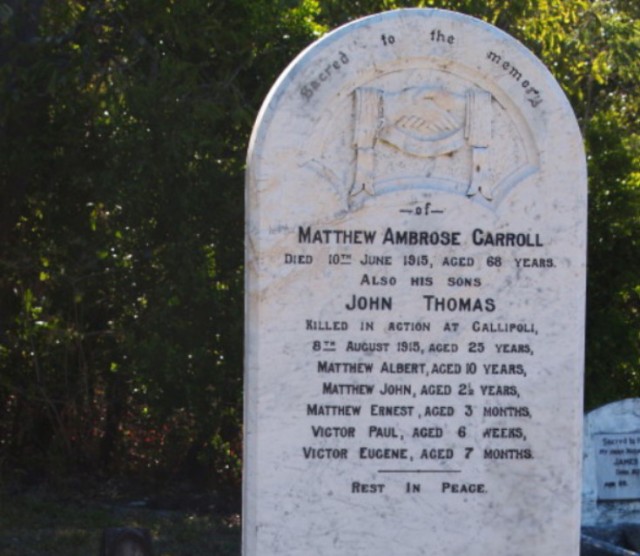 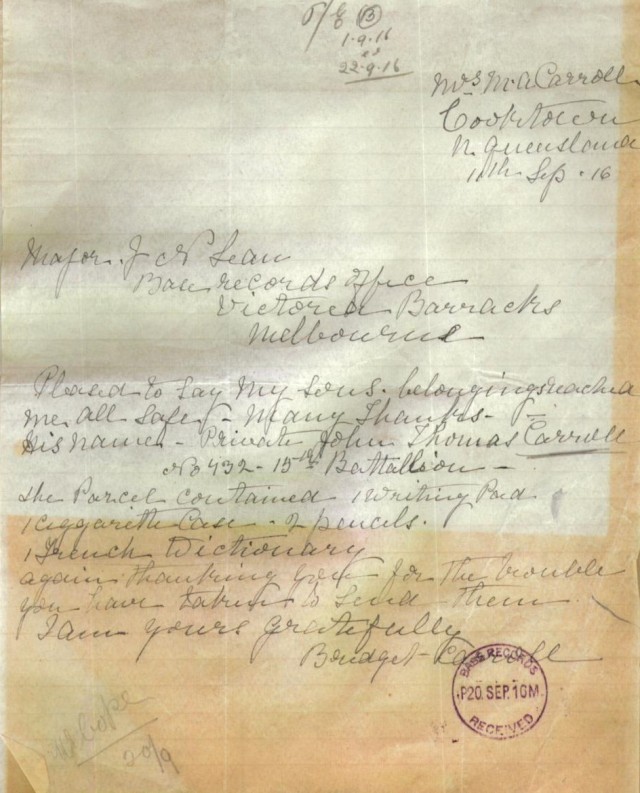 Family folk lore has it that Jack died at Gallipoli when his landing boat was blown up.  This apparently was imparted by his brother Phillip who claimed to be in the same battalion as Jack and with him at Gallipoli.  But, as will be seen in the following account, the available records belie this story.

Phillip, the brother of “Jack” in the preceding story, was a stockman when he enlisted at Townsville 31 August 1914.  His service record is devoid of detail until June 1915 but Phillip would have been aboard either the Anglo Egyptian, Star of England, Omrah or Rangatira which transported the Queensland Expeditionary Force to Melbourne in September 1914.  From there the Brigade departed Australia via Albany for Egypt and the record notes Phillip as joining the Mediterranean Expeditionary Force (MEF) 1 March 1915.  The MEF was the collective term for the force established under General Ian Hamilton to carry out the Dardanelles invasion.

In a series of almost incomprehensible letters Phillip wrote in 1967 concerning the medals of his brother Jack and his own entitlement, it can be gleaned that he was involved in the Gallipoli landing but did not actually go ashore.  Phillip was among a group that was required to take care of horses returning first to Lemnos and then back to Egypt.

From June 1915 to February 1916, in Alexandria, Phillip is in constant strife – drunkenness, absent with leave, abusive language toward an officer, refusing to obey orders and inciting others to disobey.  By now he is with the 103rd Howitzer Battery and following a spell in hospital with mumps, Phillip embarks on the NS Scotian for Marseilles, France.  The Brigade travels overland to Entaples and Phillip is hospitalised twice again with influenza and malaria.  In February 1917 Phillip is again in trouble charged with absent without leave and drunkenness. Court martialled, he is sentenced to 45 days Field Punishment No. 2 which entails being tethered to a wagon or carriage wheel during the day.  In March 1917, Phillip is severely burned on the feet through an accident while working in the cookhouse and is evacuated to London where he was treated at the King George Hospital on Stamford Street.

On 2 September 1918 the 3rd Australian Field Artillery Brigade fired a barrage in support of an attack by the 2nd Australian Division on the German positions at Mont Saint Quentin.  The attack was successful and the Brigade moved up to new positions the same morning.  Those positions were shelled and gassed that night and Phillip was wounded in the gas attack.  Treated in a French hospital at Boulogne for a couple of months, he took his ‘1914 Leave’ in London 8 November 1918 – this was a special leave granted servicemen who had enlisted in 1914.  Phillip departed London on HMAT Port Hacking 3 December 1918 and arrived in Melbourne 27 January 1919. 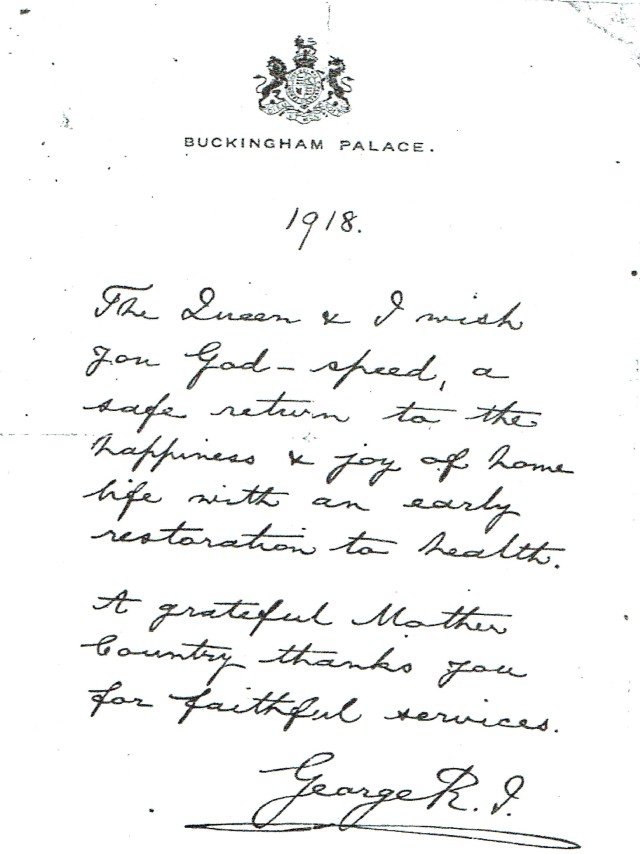 Phillip would have had a tough early life – in 1906 aged 21 years he is recorded as a “Miner” entitled to vote at the Coen River Diggings.  Gold had been first discovered in this area in 1876 but soon played out.  A further small gold rush occurred in 1883 and then the rich Great Northern Mine operated 1893-1916 so Phillip possibly worked in this mine.  His brother Charles Hugh was a labourer at Mein, the next Telegraph Repeater station north of Coen, at this time.  In 1913 he was working as a labourer at Camp Oven Creek, a township servicing the Cairns-Herberton railway the remains of which is now the scenic Cairns-Kuranda railway.

On returning to Australia, Phillip joined Queensland Railways where he worked as a Fettler and Ganger for the next 29 years.  Marrying Eva Elizabeth Phillips in Cooktown in 1919, the couple had five children with three of their sons serving in the Australian Army in World War II.  Alcohol was to dominate Phillip and made life very difficult for the family although after his retirement he did achieve sobriety.  Phillip however continued to suffer the ill effects of the gassing of 1918.

Carroll, Raelene Cooktown and Beyond: The history of the Carroll and Phillips families December 2010

Department of Veterans Affairs Gallipoli and the Anzacs www.gallipoli.gov.au

Although raised in Western Australia, I have lived in the Northern Territory most of my life. Memberships include the NT Genealogical Society (Committee), Australian Museum and Gallery Association (NT Chapter Committee), and Chung Wah Society (NT Chinese Museum Coordinator).
View all posts by njsresearch6 →
This entry was posted in Jones-Sexton. Bookmark the permalink.